Guided tour of the monastery library of St. Mang

On February 1, our first meeting took us to Füssen in the beautiful Allgäu region. After a joint lunch we started strengthened the guided tour through the former monastery complex St. Mang. The starting point was the foyer of the Füssen Museum, where our guide was already waiting for us. After a few introductory words, we visited the so-called "Füssen Dance of Death" in the St. Anna Chapel. Under the motto "Sagt Ja Sagt Nein, Getanzt Muess sein" (Say Yes, Say No, Be Danced), twenty stands in the Füssen Dance of Death, led by the Pope and Emperor, follow Death, who does not even stop at the infant and the painter himself. The motif of the dance expresses the ambivalence between the lust for life and the fear of death and describes the tightrope walk of life.

The magnificent baroque representative rooms of the former Benedictine monastery followed next in the tour. The highlight of the complex is the richly stuccoed and frescoed banqueting hall, which was designed as an "imperial hall".

The highlight for us was the visit to the monastery library. The extraordinary oval building forms the center of the south front, the castle-like front of the monastery. Inside, an opening allowed us to look down into the refectory, the monks' dining room. The unity of spiritual and physical nourishment is symbolized by this architectural trick.

Unfortunately, authentic books from the monastery era could no longer be admired, as they were scattered to the four winds in the course of secularization.

Nevertheless, it was an all-around successful event for the participants. 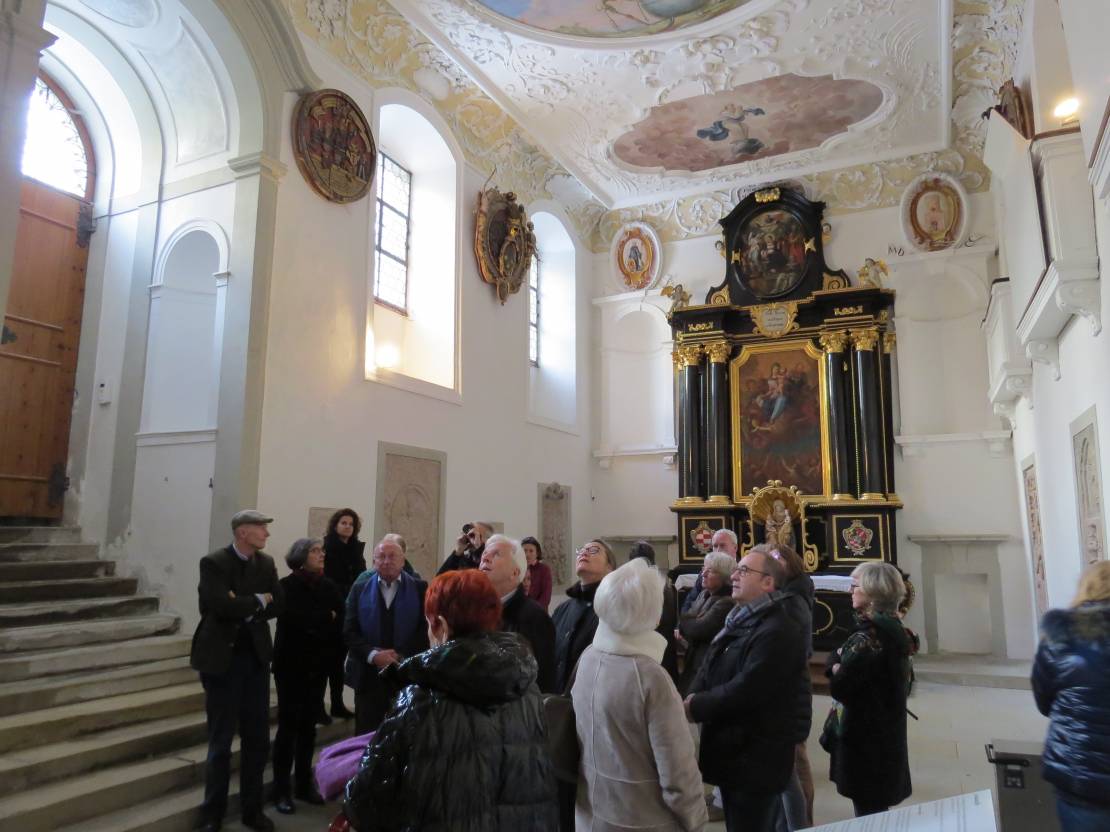 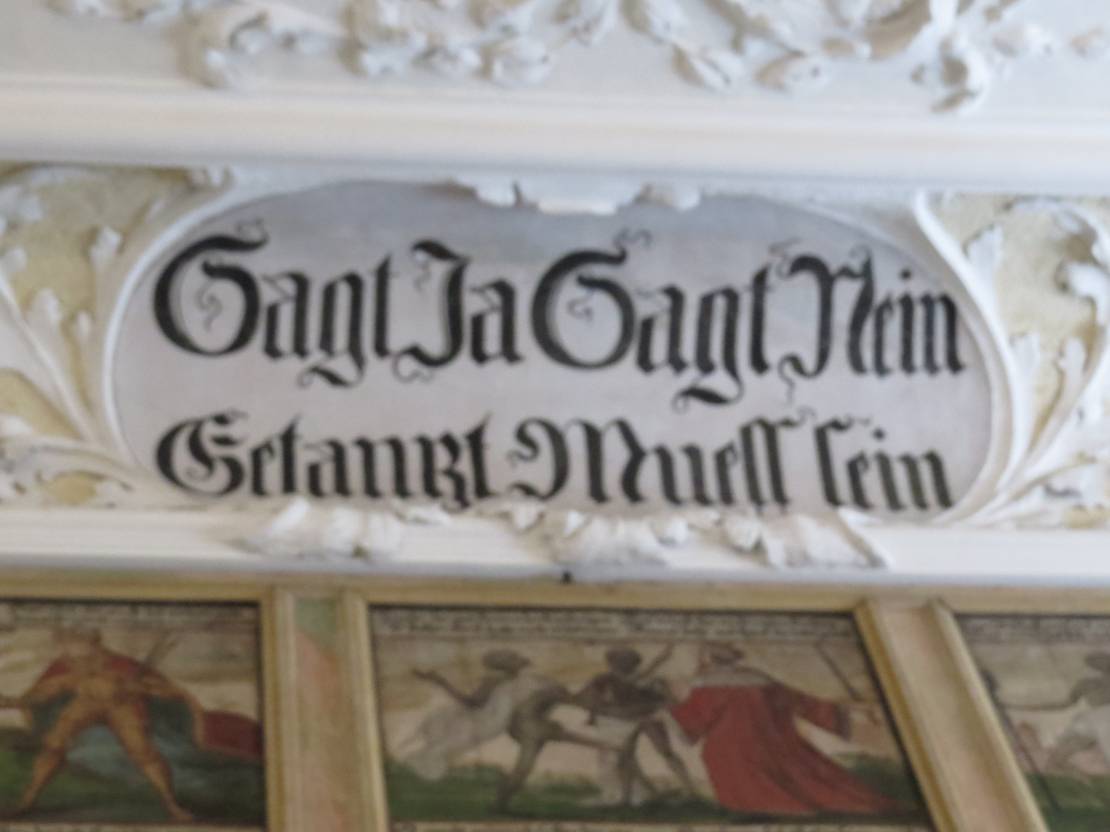 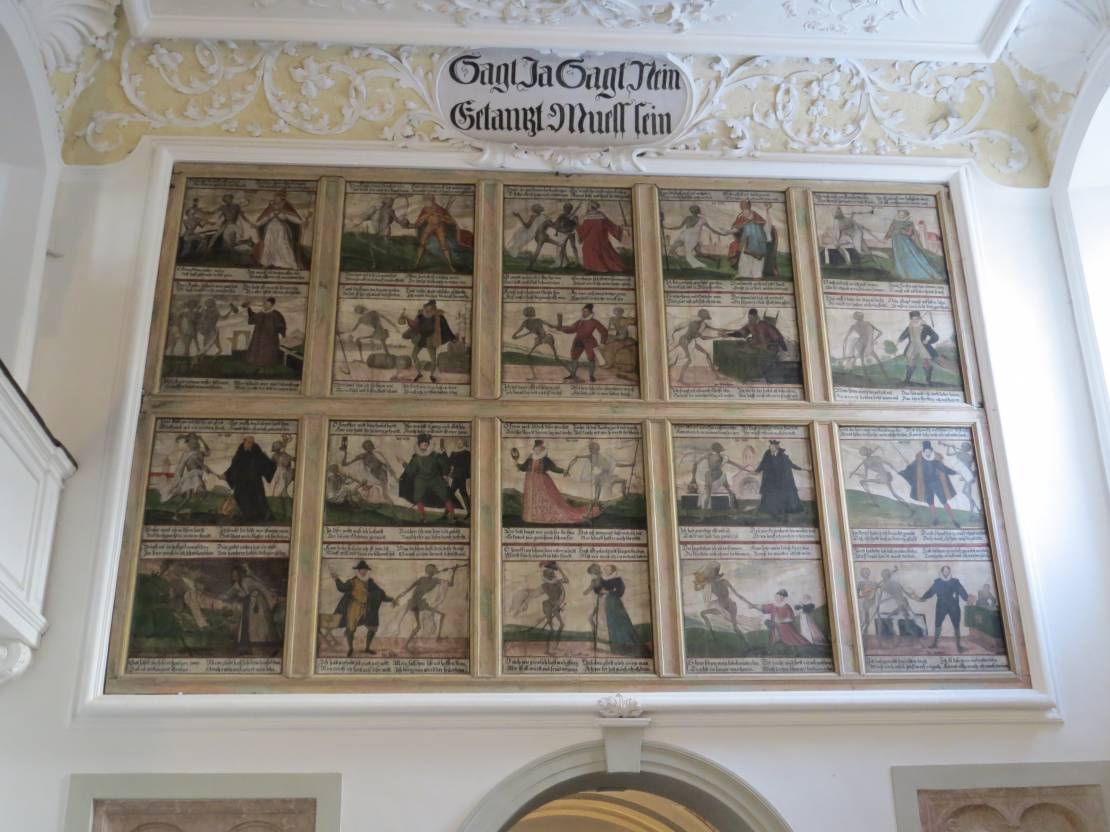 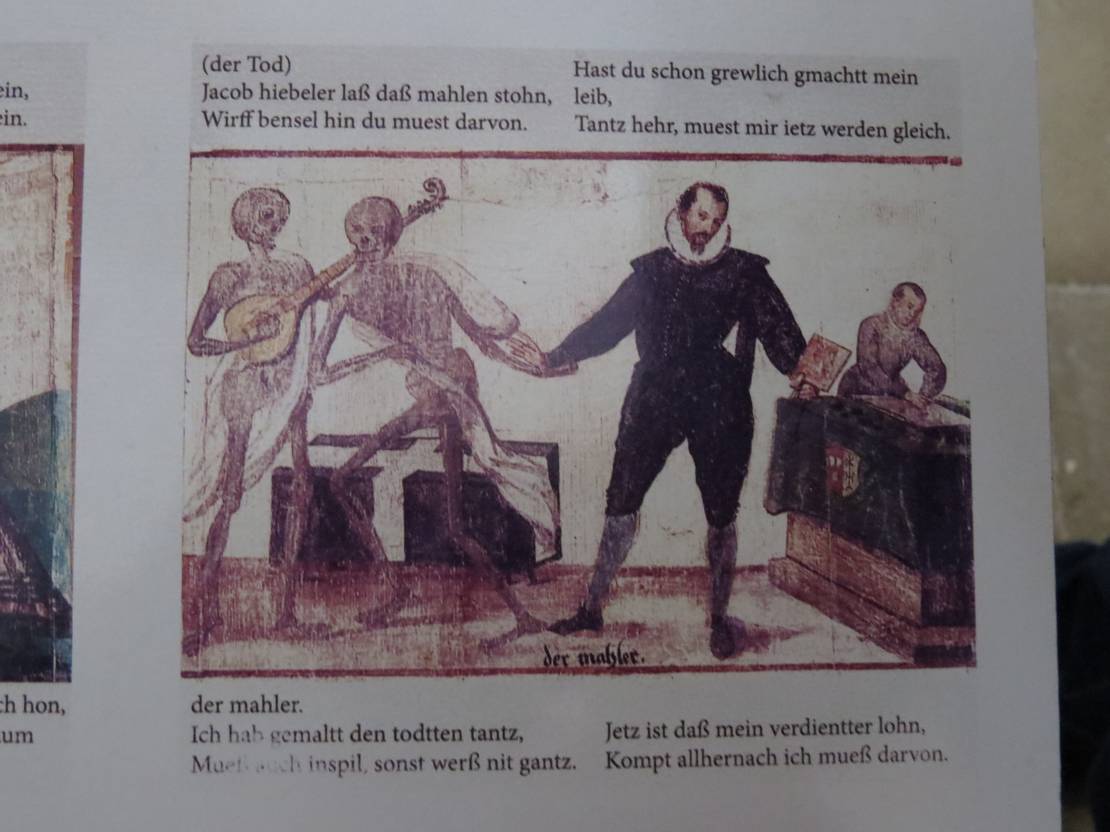 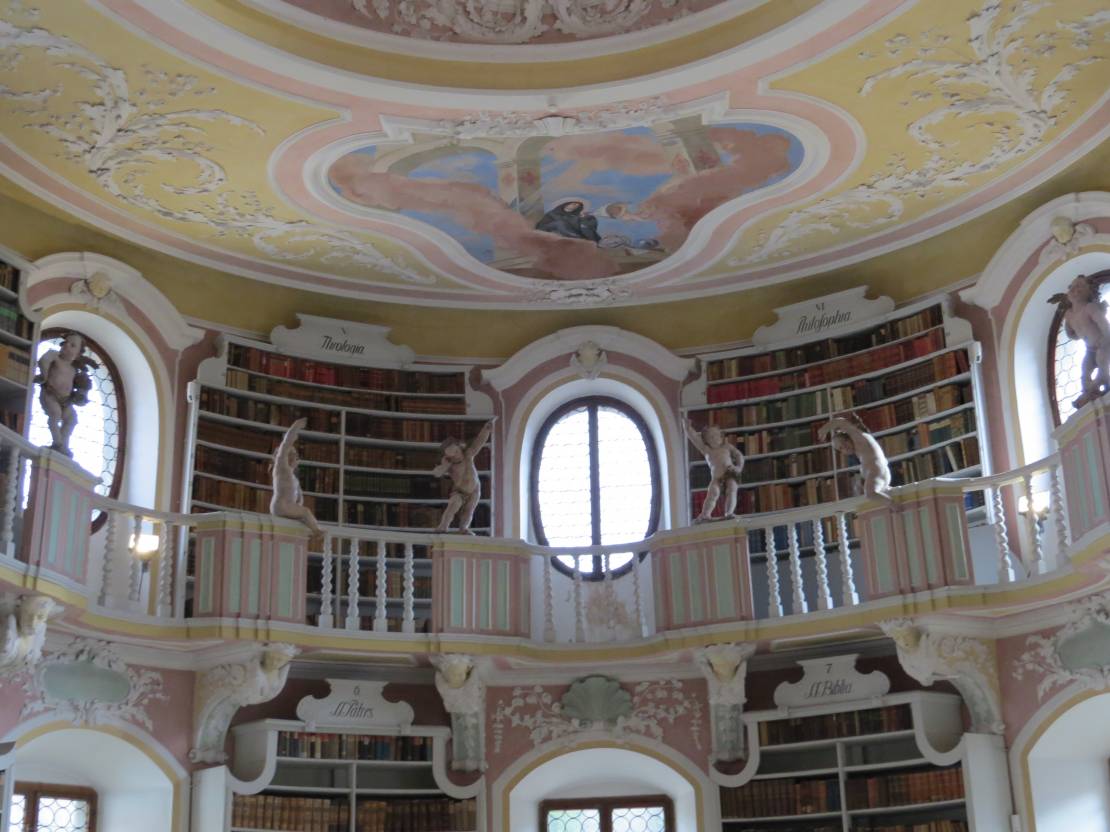 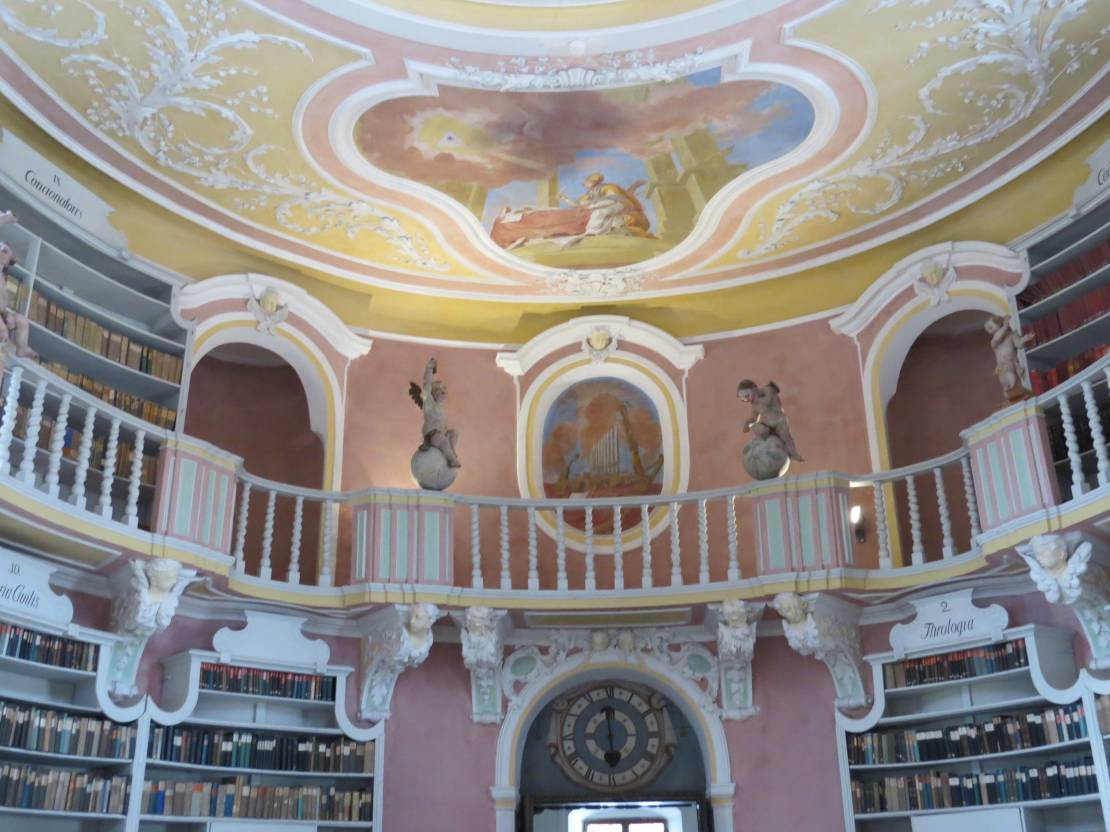 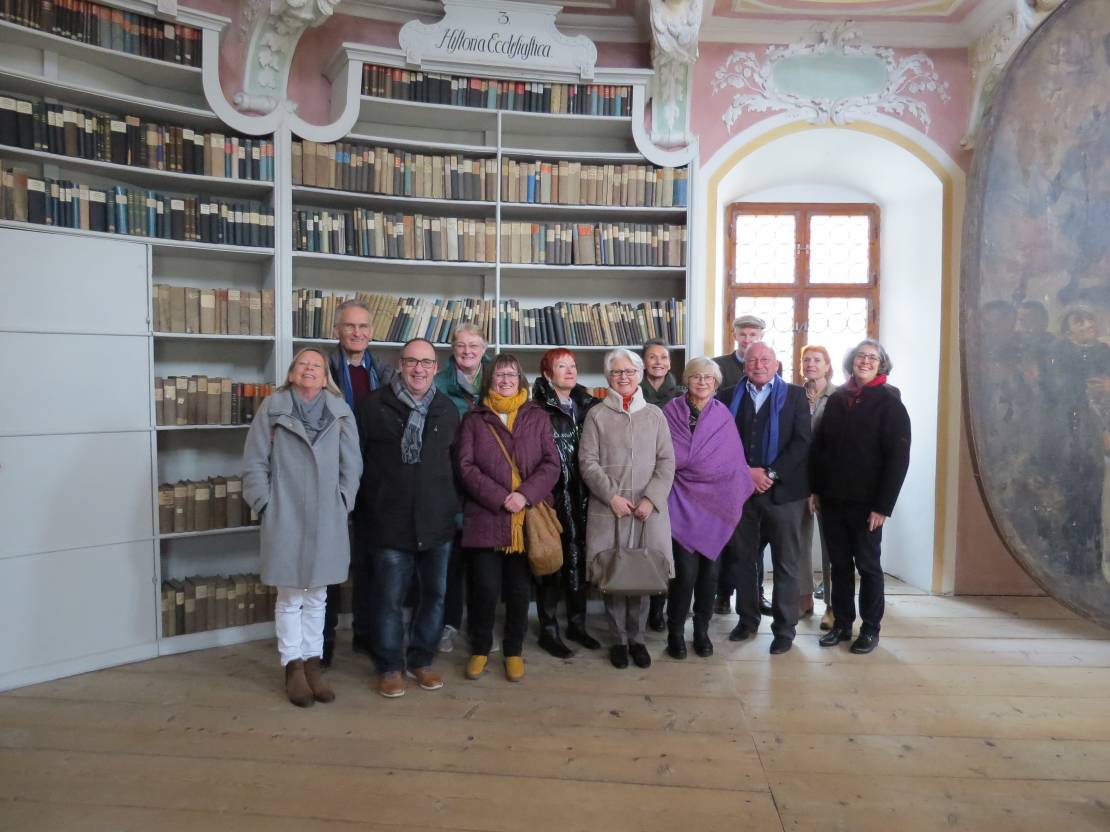