The James Loeb Fellowship is a joint project between the James Loeb Society, the Harvard Club Munich and the Central Institute for Art History in Munich.

Dr. Hyewon Yoon, who completed her doctoral studies at the Institute of Art History and Architecture at Harvard University / USA in May 2016, started her three-month research project on three women photographers in exile on 1 September 2016. The title of her project is “Working in Exile: The Portrait Photography of Gisèle Freund, Lisette Model and Lotte Jacobi, 1930‒1955”.

She describes her research project as follows:

In my work I examine the genre of portrait photography as a medium used by European exiles in order to shed light on their experiences in exile and their cultural emigration in the light of the threat posed by Fascism. My thesis states that the flight from Fascist regimes prompted some European photographers to have recourse to human subjects in order to gain a new perspective on opportunities for historical subjectivity at a time of historical crisis. It is based on the work of three Jewish-European women photographers who each compiled an entire archive of portraits during their exile.

Lisette Model, a native of Austria, used a style containing elements of caricature which she had developed during the popular front in France in order to criticise the decadent mores of the leisure-oriented French bourgeoisie. She continued to use this same style in her representations of the American Lumpenproletariat.

And finally Lotte Jacobi, who was born in Germany, was a master portrait photographer from the educated middle classes in Weimar. When photographing her American subjects she used the inimitable aesthetic stylisation of the human figure characteristic of Weimar.

In spite of their different career paths and methods they all concentrated on the pictorial language of traditional portrait photography, at the same time exposing it to evaluation, modification, maintenance and criticism. I suggest in particular that their status as foreigners permitted these artists in exile a dual way of looking at things which evidently caused them to use the medium of photography not only in order to appeal to the European avant-garde – especially the end of their search for social utopias in order to visualise political collectives through human images – but also in order to record and criticise the new American mass culture and subjectivity. 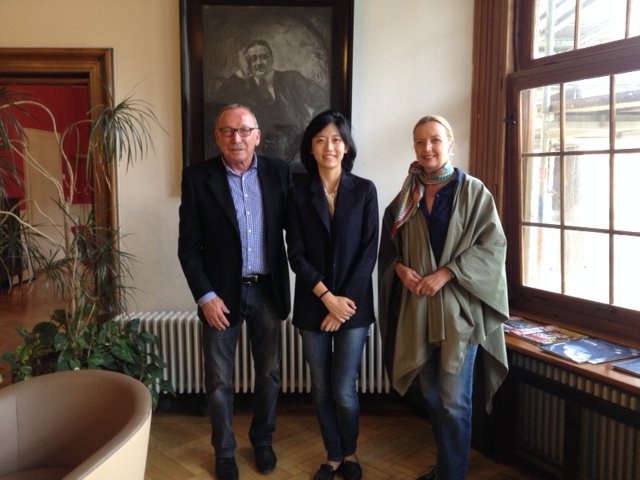 The workshop is in english