This lecture asks questions about the relationship between the study of the classical tradition and the practice of interdisciplinarity.  The speaker is reflecting on these matters because of his own progression of interests, which began in literature, then embraced the visual arts, and now focuses on the place of eating and drinking in the high culture of antiquity and early modernity.  In this talk he will be discussing these matters via a particular emphasis on the question what the Renaissance imagined when they tried to picture an ancient feast. 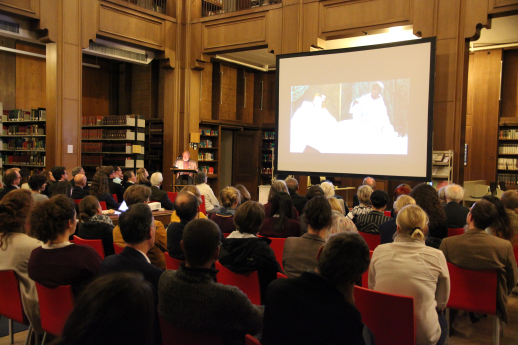 Leonard Barkan is the Class of 1943 University Professor at Princeton, where he teaches in the Department of Comparative Literature along with appointments in the Departments of Art and Archaeology, English, and Classics.   He has been a professor of English and of Art History at universities including Northwestern, Michigan, and N.Y.U.  Among his books are The Gods Made Flesh: Metamorphosis and the Pursuit of Paganism and Unearthing the Past: Archaeology and Aesthetics in the Making of Renaissance Culture, which won prizes from the Modern Language Association, the College Art Association, the American Comparative Literature Association, Architectural Digest, and Phi Beta Kappa.  He is the winner of the Morton Dauwen Zabel Award from the American Academy of Arts and Letters.  He has been an actor and a director; he is also a regular contributor to publications in both the U.S. and Italy on the subject of food and wine.  He is the author of Satyr Square, which is an account of art, literature, food, wine, Italy, and himself.  Among his recent scholarly books are Michelangelo:  A Life on Paper, which treats the artist’s creative and inner life by considering his constant habit of writing words on his drawings, and Mute Poetry, Speaking Pictures, an essay about the intersecting worlds of artists and writers from Plato and Praxiteles to Shakespeare and Rembrandt.  In October of 2016, the University of Chicago Press will publish his latest work, Berlin for Jews:  A Twenty-First Century Companion.  He delivered the Thomas Spencer Jerome Lectures at the University of Michigan and the American Academy in Rome in 2011.  His subject was food culture and high culture from antiquity to the Renaissance, and the work is slated to be published by the University of Michigan Press under the title Reading for the Food:  Art, Literature, and the Hungry Eye. 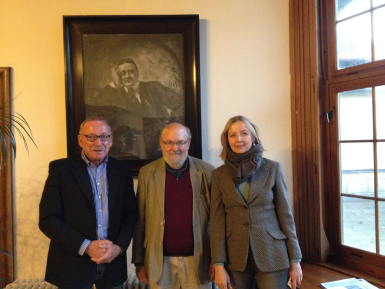