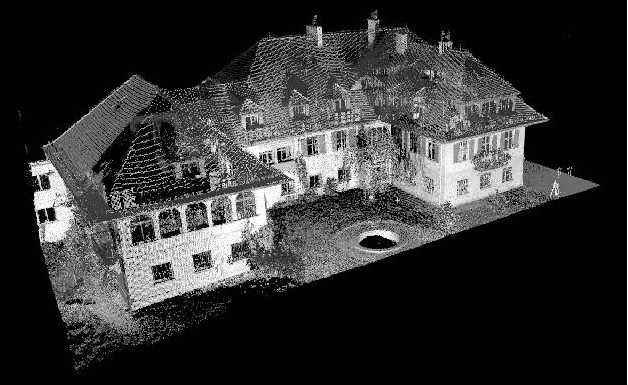 In 2011 a geodata survey was carried out on the James Loeb Villa in Hochried.

The aim was to produce a comprehensive assessment of the state of the building in order to provide a sound basis for possible further renovations and building measures appropriate to its status as a listed building.

In order to achieve this, the engineering office charged with the task carried out a 3D laser scan. This geodata procedure is based on a three-dimensional and photogrammetric measurement of all parts of the building.

During this procedure a contactless laser beam passes across the building and all its furnishings. The laser scanner measures the object being surveyed with a frequency of up to 500,000 dots per second. By means of a variable grid width in the millimetre range it is possible to record even very complex details and irregular forms and measure them three-dimensionally on a scale of 1:1. During the measurement process, an integrated digital camera is used to document the texture of the surface.

The result of the survey is a point cloud which consists of several million individual different data sets. The measurement results can be used to create 2-D plans, 3-D models, digital models of the object or visualisations. 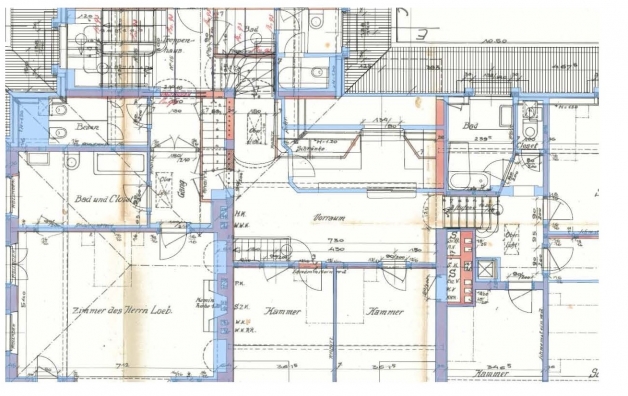 By superimposing the historical plans on the survey of the building it was possible to trace deviations from the original plan and later alterations to the structure in great detail. The result is a vast density of information which can be reproduced without distortion both in the form of ground plans and in views of the building.